I could feel a distance growing between us. At first it was a muddy puddle, then a lake, and became a gulf by mid-February. I was also confronted with a necessary choice between two paths, one of which required his continued participation. At least at the time, that’s what I believed.

I sat cross-legged on the edge of the bed and watched the sun go down through the trees. I breathed and opened myself to experience it fully. I could feel the lowering sunshine warm my insides. And somehow it felt as though by their swaying, the trees were smiling with me, even thanking me for my appreciation of them. I wished that moment would never end, but I knew better. Life is in constant motion. The sun would go down, and I had to get off the edge of the bed and make a decision.

I suddenly saw how easy it was for me to feel happy and connected to the life around me in most any moment, whether there is a man, a sailboat, or money in the bank or not. I also promised myself to never, ever abandon myself, even if he did. I even said out loud to myself, “No matter what, I gotchoo boo.”

The decision was easy once I realized that I will be okay — better than okay — no matter what. There are no outcomes, only ongoing creation. I always have this cozy place of presence inside of me to return to. I accepted that I don’t have complete control over some things and that there will always be risks. There may be times in life when many unwanted changes come quickly. I’m only human. At times change can hurt. There will also be times in life when changes come slowly and I can savor, or I can feel frustrated. I decided to eat the soup slowly, even if the soup is cold.

And with that, I loosened the reins and gave my heart her head. She took off bucking like the wild mare she is towards what smells like the sea. Tears streamed down my face.

This didn’t exactly all happen at once. It took years to arrive at this point. This was just the moment it all came together with clarity and belief.

That was the moment I woke up. The next day, I thanked him for his withdrawal. Although it unsettled me for a little while, I had gained from it. He looked dubious.

Eventually the gulf between us expanded into an ocean and not even the most charming and seaworthy of sailboats could keep us together. I nonetheless remained true to my choice. Only now, I know that it does not require his participation. 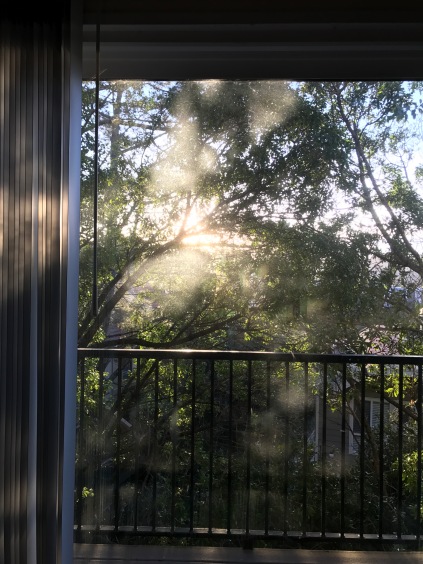